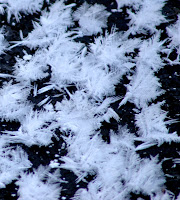 Yes, I know that the 12 days of Christmas really starts on Christmas day and goes to Epiphany, but after Boxing Day everybody is sick of Christmas, and cutting over to year-end retrospective mode. (And besides, why should I be bound by the rules around a syncretistic holiday celebrating the mythical birth of the theoretical son of an imaginary god?)

Now, as far as I am concerned the "War on Christmas" is entirely in the imagination of BillO and his cronies. As a matter of fact, when I was a Christian, I thought that the fact that Christmas was embraced by most of the secular western world was a Bad Idea, because it detracted from the actual religious significance of the holiday (more about that later in my "War on Santa Claus" post). But if it is war they want, I'm up for the fight, so for the next 12 days, Eamon, Kizhe and I will be warriors of words in this annually recurring epic battle.

On the first day of the War on Christmas, I will give a gift to Pat Boone!

In an article in WingNut Daily, Hate is hate, in India or America, Boone complains about protests against California's proposition h8:

The [US] Constitution says nothing about marriage, and shouldn't. Marriage is not a governmental creation; it is a time honored and biblically ordained institution that is subject not to the government but to the will of the people.

Um, ok: If marriage is not a "governmental creation", then it doesn't really belong in legislation at all, does it? So why are people complaining about how changes to broaden the legal definition of marriage affect their personal relationships?

Of course, complaining about stupid things said in WND, and/or stupid things Pat Boone says is like shooting fish in a barrel, but then Boone plays the terrorism link card:

What troubles me so deeply, and should trouble all thinking Americans, is that there is a real, unbroken line between the jihadist savagery in Mumbai and the hedonistic, irresponsible, blindly selfish goals and tactics of our homegrown sexual jihadists

My mind is boggling, so I will let the venerable Charles Babbage speak for me: I am not able rightly to apprehend the confusion of mind that would lead to such a conclusion.

But the Human Rights Campaign has an inspired (if passive-aggressive) tactic in response: People are invited to donate to HRC in Mr Boone's name.